The DCI Device was put through its paces at a plastics molding factory in Malaysia in 2011 and the test results proved significant.

The challenge
Removing scale from the chilled water system used to cool dies in the automated plastics plant.

Pre DCI Inspections of the condensers and cooling towers revealed that both had very significant scale build up.

The test effects, as shown in figure 1, were as follows:
January to March:
Data was collected to establish a base line of performance before the DCI was brought on stream.

March to May:
Existing scale was softened giving a slight improvement in power consumption.

May to July:
The full de-scale effect kicked in removing water scale from pipes, tubes and cooling tower fill. Power consumption improved sharply until the end of June.

July to Sept:
Power consumption continued to reduce but at a lesser rate indicating most scale had been removed and the system was approaching the equilibrium point. 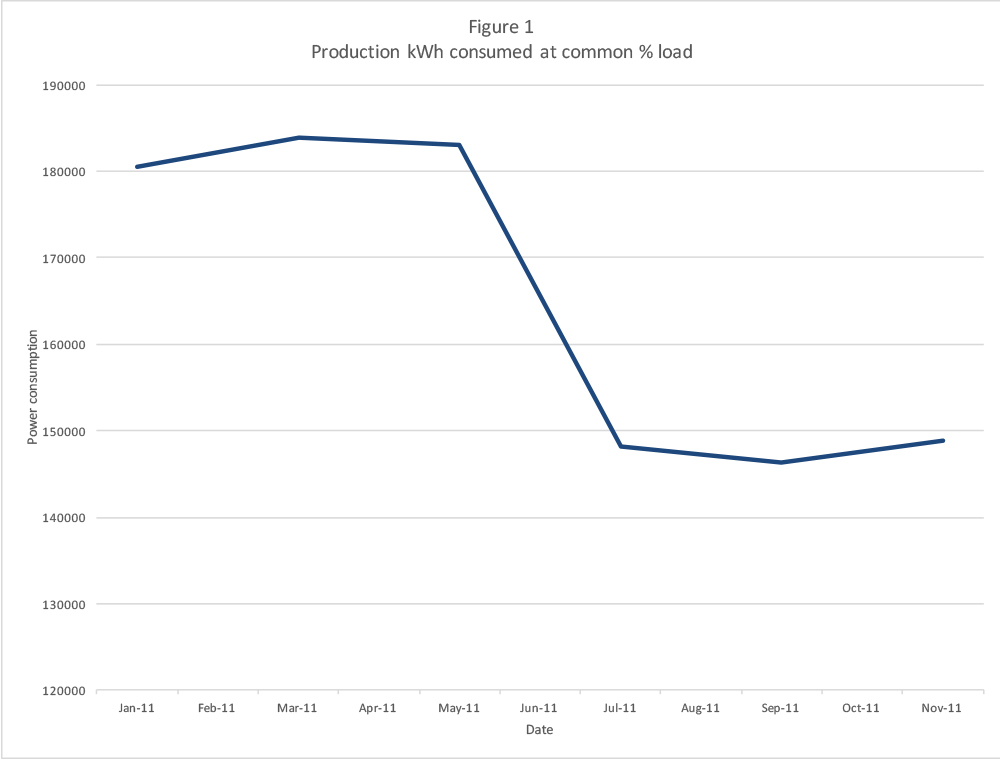